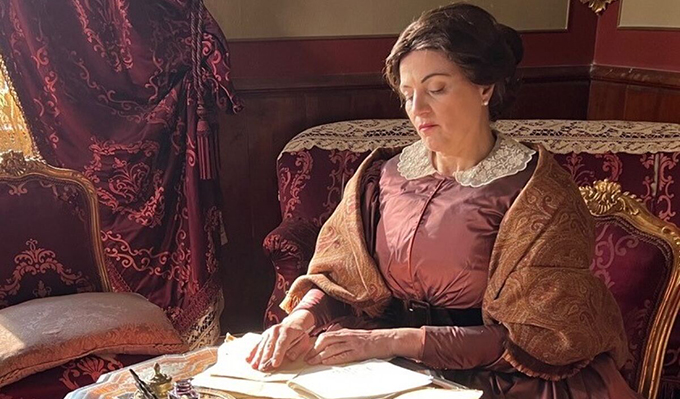 The streaming film, written and filmed in Italy by Hershey Felder, benefits 12 U.S. theater companies, including the Rep

In Hershey Felder’s latest musical film “The Verdi Traviata,” 19th-century Italian composer Giuseppe Verdi talks about how his middle-period work “La traviata” became so famous in his day that at one time it was being performed every night of the year somewhere in the world.

The 1853 opera remains today the world’s most performed opera and one I’ve seen performed live at least five times over the past four decades. But I’ve never heard the fascinating story told in “Verdi Traviata,” Felder’s new 100-minute film that questions whether Verdi had a secret reason for composing the piece about Violetta, a dying Parisian courtesan taking one last chance at love. The lavishly produced movie — filmed on location in Busseto, Venice and Florence — tells both the story of the opera’s creation and how Verdi’s attraction to Violetta’s tale may have been the character’s similarity to his own wife.

San Diego Rep was one of 12 U.S. theaters that co-presented “The Verdi Traviata” on Sunday. It’s still available for on-demand streaming at hersheyfelder.net.

Felder wrote, co-directed and stars in the film as Verdi, both as an old man three years before his 1901 death and as a younger man, when he was rehearsing the premiere of “La traviata” a half-century before.

But the real star of the film is soprano Gianna Corbisiero, who plays Verdi’s wife, Giuseppina Strepponi Verdi, a retired soprano famously known as “La Strepponi.” Corbisiero and Felder take turns narrating the film at different stages of their life, but it is Corbisiero’s moving performance as the dying La Strepponi — a part she both speaks and sings — that’s the most touching. Felder’s intentionally reserved performance — as an aloof, self-absorbed Verdi — gives her performance more room to breathe. 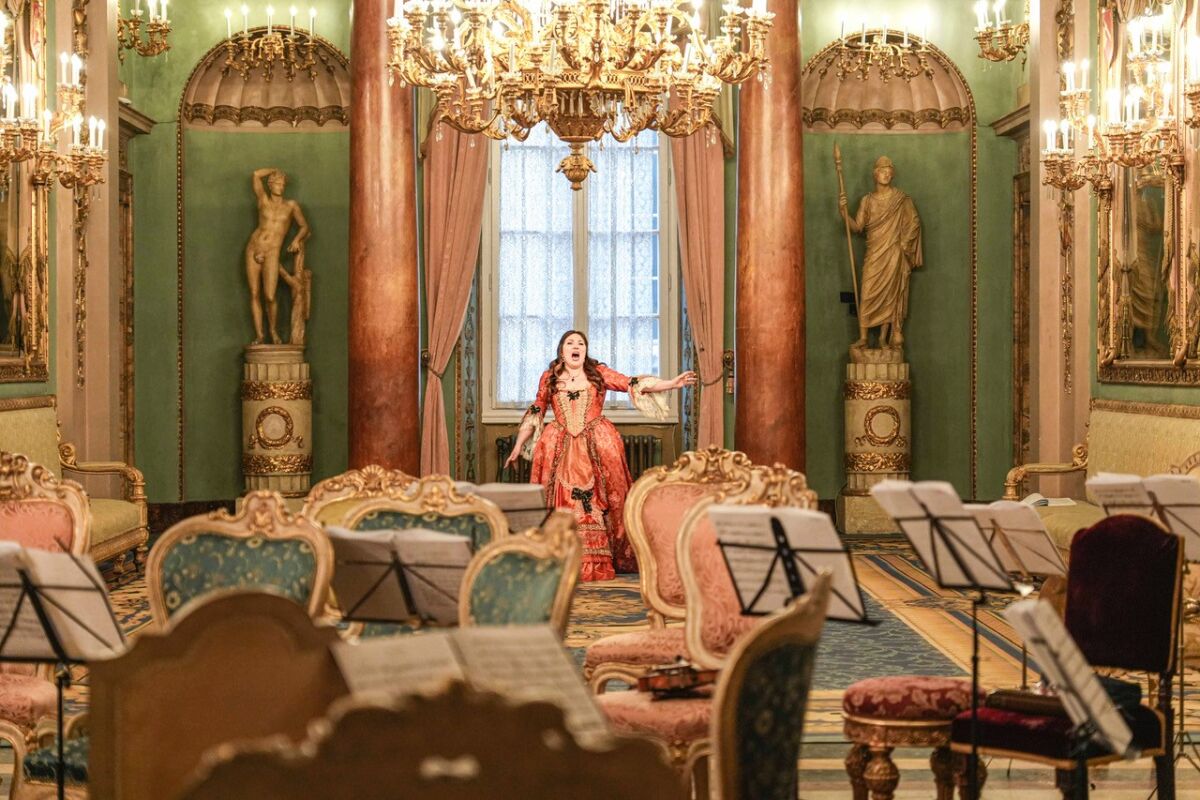 According to the film, Verdi and La Strepponi secretly moved in together in the 1840s after meeting during rehearsals for his opera “Nabucco.” On her deathbed nearly 60 years later, she tells their adopted daughter Maria Filomena (Francesca Cellini) that in her younger years she led a sexually liberated lifestyle and bore children by several men. Although Verdi relied heavily on his wife’s musical advice for many of his operas, La Strepponi refused to help him on “La traviata” because she worried audiences would believe she was the “fallen woman” of the opera’s title.

In one scene set during early rehearsals for “La traviata” in Venice, Felder’s Verdi pleads with orchestra members and his librettist Francesco Maria Piave (an exasperated J. Anthony Crane) to see Violetta as a “modern French woman” rather than a prostitute. Verdi later scoffs at the idea that Violetta was inspired by his wife. “La traviata” is based directly on Alexandre Dumas’ 1848 play “La Dame aux Camélias.” But La Strepponi wonders on her deathbed whether Violetta’s fate — to be unworthy of lasting love and die for her sins — is what she deserved. 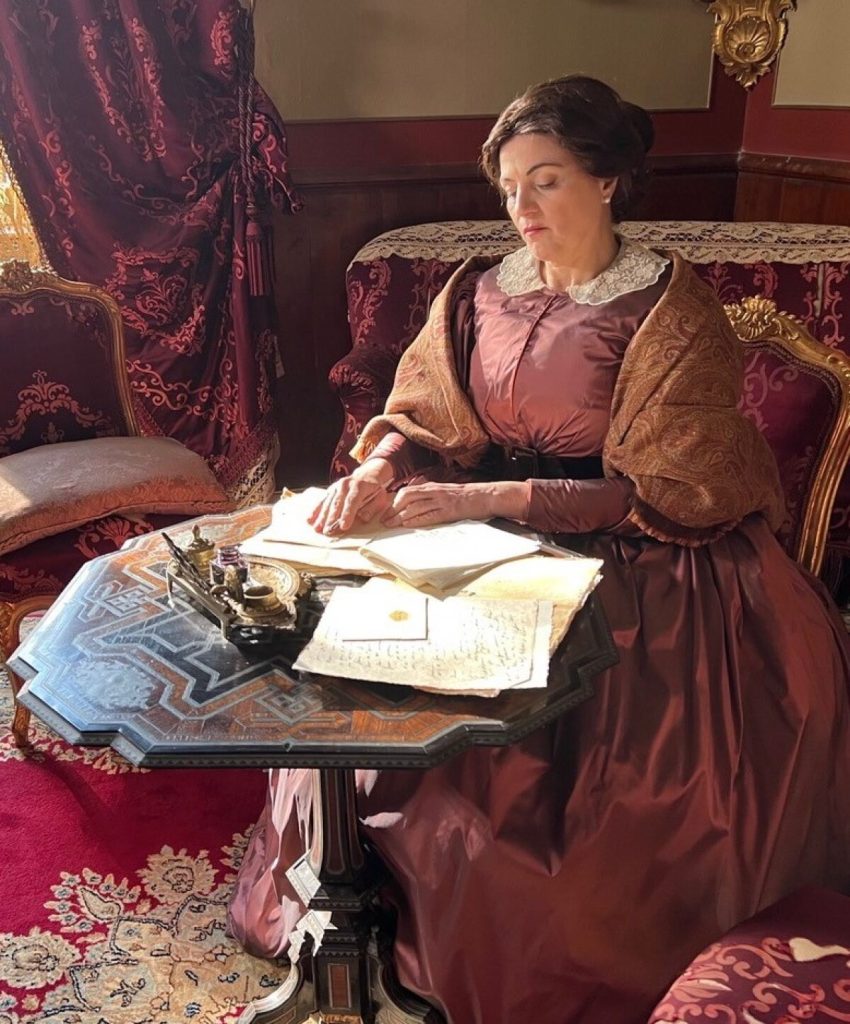 Gianna Corbisiero as Giuseppina Verdi in “The Verdi Traviata.”

Much of the movie was filmed at Verdi’s own family home in Busseto, where Felder, walking the leafy grounds with a cane and huge white beard, bears a remarkable resemblance to the older Verdi.

The film features a full orchestra and three professional opera singers — coloratura soprano Ekaterina Siurina, tenor Charles Castronovo and bass-baritone Mark Delavan — performing arias, duets and a trio from the opera during its costumed rehearsals. Their singing performances are excellent, particularly that of Siurina, a Russian-born singer with great vocal flexibility. 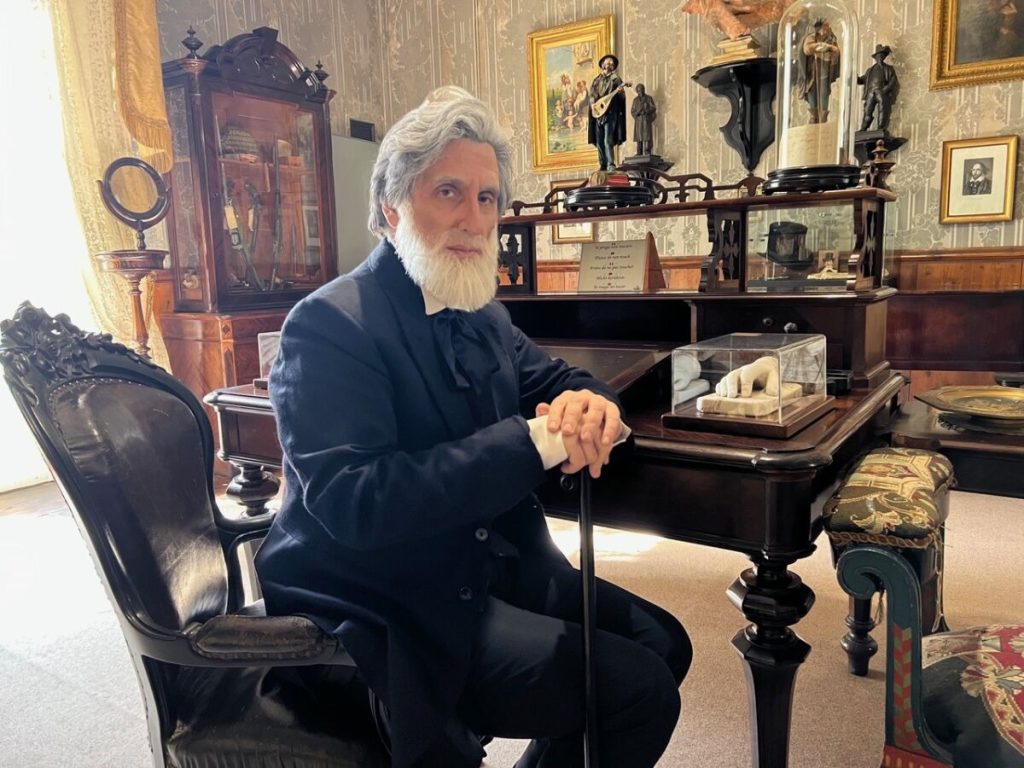 Hershey Felder as the elderly Giuseppe Verdi sits at the composer’s own desk during filming at Villa Verdi in Italy.

Read it on The Florentine